skip to main | skip to sidebar

Yes it is also possible to run Dokan under Windows 7, there are only some hurdles.

When you have Windows 7 32Bit, you only need to install it the common way and set the comapility mode to "Windows Vista SP2".

But when you have Windows 7 64Bit you need to force the application to run in 32Bit mode.
For this you need to do the following steps. 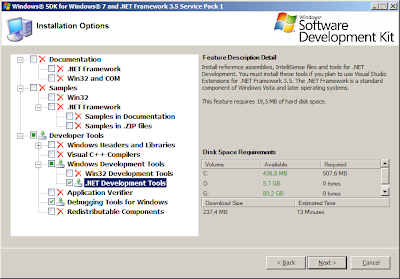 Now go in the Windows Explorer to the Location C:\Program Files\Microsoft SDKs\Windows\v7.0\Bin and draw the CorFlags.exe into the Windows Shell.

Add a space after the line and go to the Dokan SSHFS directory (C:\Program Files (x86)\Dokan\DokanSSHFS) and draw it on the same DOS Box.

When you now press enter the SDK change the Core Flags that this Application run in 32Bit Mode.

Now you can start Dokan SSHFS also under Windows 7 without any Problems.